Colleges and Universities in Ohio

Over 11.5 million people live in Ohio. The population is about 82% white, 12% black, 3%Hispanic or Latino, and 2% Asian. People here are relatively well educated. The percentage of people over the age of 25 in Ohio who have their high school diploma is 83%. About 21% of people over 25 in Ohio have their bachelor’s degree or higher. The median household income here is about $48,000, and home prices fall below the national median at just under $104,000. 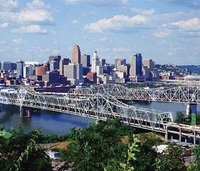 Ohio has one of the largest economies of any state and is said to have one of the best business outlooks in the nation. Manufacturing and finance are major parts of Ohio’s economy, as are biotechnologies and green technology. Three of the companies on Fortune’s list of the 100 Best Companies to Work For 2010 are headquartered in Ohio, and five others have branches here. These companies include Ohio Health, National Instruments, General Mills, and Southern Ohio Medical Center. Whatever field you’re interested in working in, Ohio has excellent opportunities for you.

Things to Do in Ohio

Ohio offers a wide variety of attractions and entertainment to enjoy. The major cities here like Cleveland, Cincinnati, Columbus and Dayton all have endless opportunities for arts, culture, sports, dining, and nightlife. Visit the over 400-acre Columbus Zoo and Aquarium. This center is recognized as one of the best educational and research wildlife facilities in the nation.

In Cincinnati you can visit the Taft Museum of Art, one of the finest collections of American and European art in the country. Or you can visit the national air force museum. For a fun day with family or friends, try Coney Island Amusement Park or head to Cedar Point Park which has 75 rides, one of which is the second tallest and second fastest in the world.

But for those that want some time outside the city and want to spend some time in the great outdoors there are many places to visit. The Hocking Hills State Park is a beautiful place to stop, as well as the Cuyahoga National Recreation Area and Crested Butte: Kebler Pass. Another place to visit are the Ohio Caverns.

In Ohio, individuals never run out of things to do, so not only is Ohio a great place to live, but also to earn a degree. Education has always been important in Ohio and it will continue to be so. There are many educational and professional opportunities available to individuals that want to challenge themselves and improve their future. More presidents have come from Ohio than any other state. This shows that individuals in Ohio are serious about their education and their future and because of that there are many opportunities available to individuals with degrees.

If you are a resident of Ohio interested in earning a college diploma, find a college degree or certificate from an accredited Ohio college or university near you.

There was an error loading the featured schools for this state

No featured schools for Ohio