Colleges and Universities in Minnesota

The Land of 10,000 Lakes is also one of the trade centers of the Midwest. Ranked as the second most livable state in the nation in 2007, Minnesota is home to some of the world’s biggest companies, including General Mills. To keep up with business, the state features dozens of top universities and colleges designed to prepare students for the future, plus helps keep the state at the top of the list.

The North Star State is also known as the Land of 10,000 Lakes. Minnesota is a beautiful and unique Midwestern state with great cities and even better people. Minnesota has many higher education institutions including twelve public universities and 29 public colleges and trade schools. The state is also home to nearly forty private universities, colleges, liberal arts schools, and trade schools. Some of the best Minnesota Universities include the Mayo School of Health Sciences and Minnesota State University. 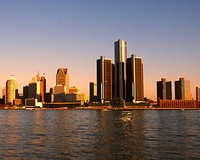 For such a large state, Minnesota’s population is rather small at about 5.3 million people. The population here is quite well educated. Approximately 88% of people over 25 have their high school diploma and 27% have their bachelor’s degree or higher. The percentages for the nation are 80% and 24%, respectively. Incomes are also well above average here with a median household income of over $57,000. In other words, Minnesota is a great place to study and make a living.

Business in Minnesota has its heart in the Twin Cities-Saint Paul and Minneapolis. The economy here is quite diverse, and many top companies have made their home here. Popular companies with headquarters in Minnesota include Target, Best Buy, Hormel, 3M, General Mills, Ameriprise, and United Health Group. Agriculture and forestry are also important parts of Minnesota’s economy. Basically, whatever you would like to do, you can do it in Minnesota.

Things to Do in Minnesota

Minnesota’s wide open spaces and countless lakes make for excellent outdoor adventures. Camping, hiking, hunting, fishing, and wildlife watching are all popular here. On some of the bigger lakes, water sports like kayaking, boating, and water skiing are available during the warmer months. Minnesota is also home to a number of excellent golf courses and outdoor family attractions like theme parks and water parks.

Minnesota has the largest enclosed retail center in the US: the Mall of America. Virtually any store you can think of can be found in this immense shopping center. Minnesota is also well known for its amazingly rich arts scene. A wide array of theaters and performing arts centers fill the Twin Cities, and a number of performing art festivals are held here every year. Minnesota has great museums, too, like the Science Museum of Minnesota which was founded in 1907 and features a number of interactive exhibits.

So whatever you’d like to do with your life, Minnesota is the place to come for great adventures, a well-rounded education, and the career of your choice.

If you are a resident of Minnesota interested in earning a college diploma, find a college degree or certificate from an accredited Minnesota college or university near you.

There was an error loading the featured schools for this state

No featured schools for Minnesota